This nine-day tour explores the beautiful coastlines of Sicily and Calabria and the rugged mountains of Basilicata.

This tour is designed for people who enjoy tourism off the beaten path and offers the unique opportunity to discover 3 distinct Italian regions. We’ll divide the tour between two exclusive agriturismi: one situated on the historic Eastern coast of Sicily, from which we’ll explore Taormina, Ragusa, Siracusa, Noto, Modica, and more; and another on the wild Ionian coast of northern Calabria, from which we’ll take day trips to Civita, Morano, Terranova di Pollino, and other little-known treasures of southern Italy.

Both agriturismi are immersed in nature and both have beautiful pools for our private use. The spacious kitchen and airy dining room of each agriturismo will allow us to enjoy leisurely mornings of hands-on cooking and sun-kissed lunches before we head out for an afternoon of sightseeing and culinary discovery. Dinners will be at each region’s best restaurants, paired with local wines.

During our 9 days together, we'll indulge in a wine tasting at the foot of Mount Etna, discover the original Italian granita, see how olive oil is made first-hand, taste the chocolate produced by the oldest chocolate factory in Sicily, and more. We’ll meet local chefs and food artisans eager to share their region’s delicacies, savor local specialties, and learn authentic Italian cooking at our daily hands-on cooking classes. We'll focus on visiting smaller destinations, eschewing large tourist centers in favor of small gems where you can really feel part of the fabric of Italian life.


UPDATED June 12, 2022: We have limited availability on our cooking tours. This is all the more true for 2023: we have very high demand now that travel has become safe once again and travel restrictions have been lifted.

Please contact us by email or call 917-602-1519 to book. If you are ready to travel with us in 2023, we suggest you reserve now; we unfortunately refuse about 25% of clients because the tour they want to participate in has filled by the time they call to book.


We have had the pleasure of taking many people on cooking tours since 2004. Read their testimonials here.

If you want to receive early exclusive notifications (one week before the rest of our mailing list subscribers) about other tours to Italy we are planning, if you are interested in a customized tour for groups of 8 people or more, or if you have questions about our tours, please fill out the culinary tours early access form.


The Food of Sicily and Calabria

Sicilian cuisine is the result of Greek, Arab, Spanish, and French rule over the centuries. There are elaborate antipasti, numerous deep-fried foods including arancini (rice balls) and panelle (chickpeas fritters), exuberant pastas, layered rice dishes, stuffed and skewered meat and fish preparations, and honey- or almond-based sweets. Pasta with sardines and wild fennel, or with cauliflower and raisins, are among the island's classic first courses; and while they may sound odd at first, these combinations work beautifully. Bottarga, made from the dried, salted, and pressed eggs of Sicily's prized tuna, is shaved over pastas and salads; summer tomatoes are dried in the sun to create an intensely savory paste; and almonds are finely ground and transformed into myriad cookies and sweet treats.

Calabrese cuisine too has been shaped by many foreign influences, with Greek, Arab, and Albanian flourishes evident in many of the local specialties. Characteristic dishes are laced with chili pepper (the local varieties have astounding sweetness and personality), sweet-and-sour notes mingle in savory preparations, and desserts are often deep-fried and drenched in honey. Fresh pasta is rolled out into thin sheets called sagne (similar but more robust than northern Italy's lasagne), and strips of semolina dough are wound around a knitting needle to shape chewy, memorable fusilli al ferretto (knitting-needle fusilli). There is pork anduja, a fiery fresh salami that is added to pasta sauces or slathered on bread, and the aged sheep's milk cheeses and caciocavallo are among the best you'll find in Italy.

See a video recipe below of Artic Char (decidedly not a Sicilian fish!) prepared with a quintessentially Sicilian sweet and sour sauce flavored with capers, raisins, and pine nuts, taken from our video membership site. In Sicily, fresh swordfish would be the fish of choice in this preparation. You can find the printable PDF version of the recipe here

This recipe is from our video membership site. View 3 more recipes by visiting each of our other 3 culinary tour pages; each tour page has a video recipe from that region. Bonus: Sign up for a culinary tour and get a FREE one-year video site membership. Here are the links to each page:

The agriturismo is located 1 and ½ hours away from the Catania airport. The decor is modern, with an airy and clean aesthetic, and the structure is powered almost entirely by solar panels. All rooms have a private bathroom and air conditioning. The infinity pool is surrounded by olive trees, cactus pears, and flowering bushes. Deluxe rooms on this property have private outdoor space. We’ll spend the first four nights of our tour here.

The agriturismo is located on a hill overlooking the Ionian sea where olive, apricot, peach, and cherry trees thrive; breakfasts feature the local produce in homemade tarts, cookies, and jams. There is a medieval lookout tower on the property that can be visited, a large private pool, and ample opportunity for a stroll in nature or quiet contemplation. All rooms have a private bathroom, air conditioning, and outdoor space. We’ll spend the last four nights of our tour here. The closest airport is Lamezia Terme, and the closest train station is Trebisacce.

Getting to the Estate & Planning Your Itinerary

The majority of people who take tours with us spend a couple of days in their city of arrival in Italy - whether Rome, Milan, Palermo, Naples, or other - and then join us when the tour starts. This is a good way to plan your trip, since it will give you a day or two to beat the jet lag (depending on what time zone you are coming from). Some folks will be driving, others flying in to nearby airports, others taking the train.

The closest major airport to our agriturismo in Sicily is Catania, about 1 and ½ hours away. We can arrange a car pick up at the airport for an additional fee on the first day of the tour.

On the last day of the tour, we can arrange for a car to take you to the train station in nearby Trebisacce or to the nearby airport in Lamezia Terme or even as far as Rome if desired.

Check-in is at 3 pm on the first day of the tour, and after you settle into your room, we'll start off with a welcome reception: a glass of sparkling wine, some finger foods to nibble on, and the opportunity to meet your fellow travelers. This will be followed by a hands-on cooking class and welcome dinner.

The next morning, we'll enjoy a cooking lesson, followed by lunch, an afternoon of sightseeing and culinary discovery, and dinner in a nearby town.

After four nights exploring Sicily, we’ll transfer to Calabria via ferry and private bus (included in the cost).

This will be the pace of our nine days together: cooking in the mornings, lunching together, and discovering beautiful towns in the afternoons. We'll include wine tastings, olive oil tastings, cheesemaking, encounters with local food artisans, even a gelato class and chocolate tasting on our daily itineraries, so every day will bring a new adventure!

Since we'll be exploring small medieval towns, there will be some walking involved, including some stairs or moderate hills; we suggest comfortable walking shoes.

Italian food is extremely varied and deeply regional. From making fresh pasta by hand to kneading focaccia dough, roasting and braising meats, poaching fish, whipping up amazing desserts, and more, each class at the estate will focus on key Italian culinary techniques and will culminate in a full Italian meal.

Our hands-on cooking lessons will be led by tour hosts Micol and Dino, and will touch on every aspect of Italian cuisine: antipasti, fresh pasta (gnocchi, tagliatelle, and more), risotto, fish and meat, vegetables, handmade bread and focaccia, and classic desserts. By week's end, you'll have perfected many essential culinary skills and learned dozens of Italian dishes. We'll even bring our sourdough starter along and teach you to bake crusty bread and focaccia! 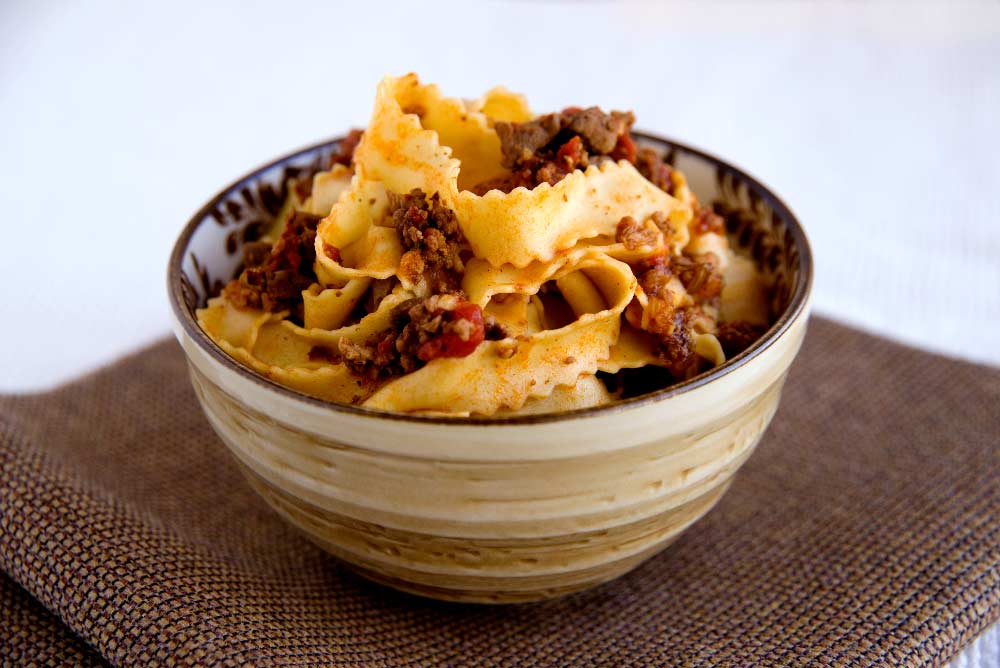 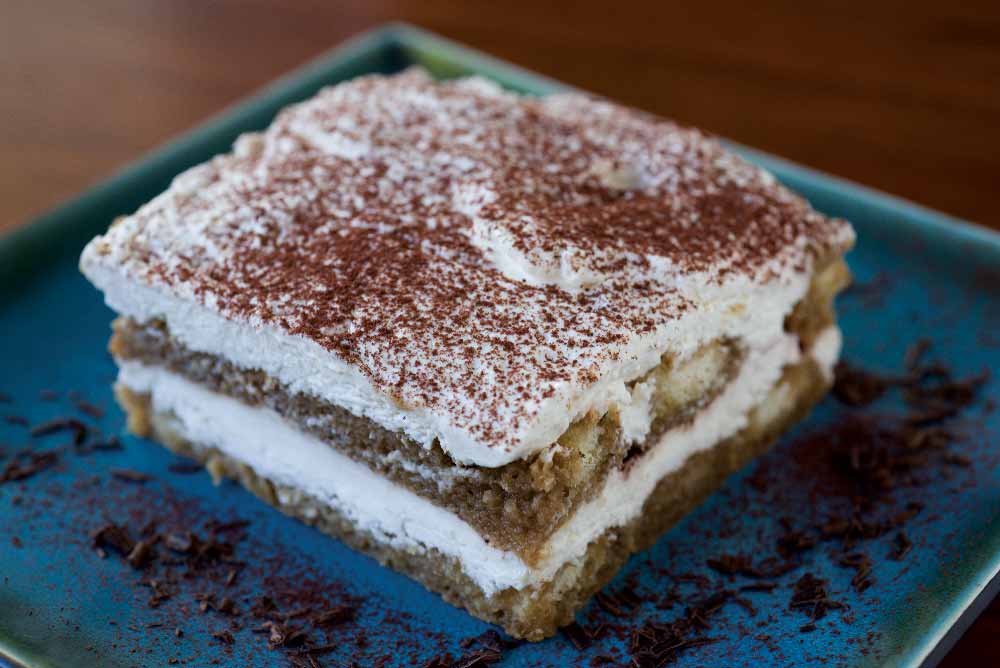 We have selected restaurants in nearby towns where you can enjoy a taste of the local cuisine. Some restaurants will be elegant, some will have a Michelin star, others will be family-run and cozy, but all will provide us with a memorable gastronomic experience. The only prerequisite is to bring your appetite (and perhaps pants with an elastic waistband, according to a past tour participant!), because the meals will be generous and wine is always included!

On this tour, we have a total of 13 rooms, each with a private bathroom, available for our group.

Cost does not include airfare and ground transportation for your arrival at the Sicily estate on the first day of the tour, and transportation from the Calabria estate to your next destination at the end of the tour. We are happy to suggest a car service that can arrange for pick up and drop off as requested. We strongly encourage trip insurance.

A deposit of $1,400 per person is required to reserve. Final payment is due three months prior to the start of the tour at the latest. Deposits and final payments are non-refundable.

Price is subject to change as a result of international currency fluctuations that may affect the cost of air/land/sea transportation, hotels, or other related services.

In the event that we cancel a trip, you will be given a full refund of all deposits and payments unless the reason for cancellation is due to circumstances outside our control (such as a pandemic, act of God, war, etc.). In the case of cancellations due to circumstances outside our control, you will not be refunded but you will be able to apply your payment to another tour within the following 2 years. We do not give refunds on deposits or final payments for tours that commence as scheduled, including for unused portions of the tour. We do give credit for cancellations as noted below.

In the event you cancel your tour for any reason, we allow credit for final payments (but not deposits) in the following way:

There are two ways to pay for our tours: You can pay by credit card (please contact us by email for details, and note that there is a 3.5% surcharge if you choose this option to cover for credit card fees); or you can pay by check (if you choose this option please contact us by email and we will provide you the address for our office in New Jersey).